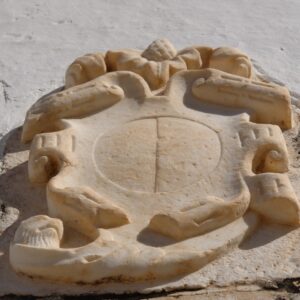 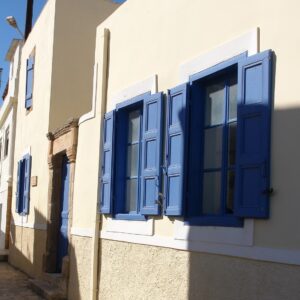 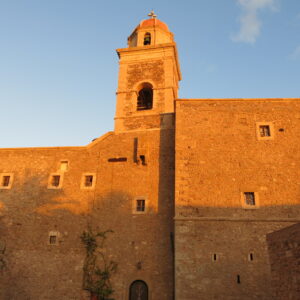 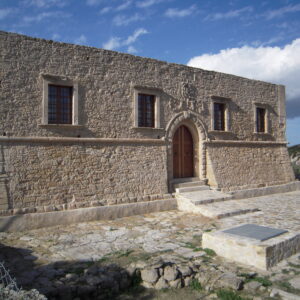 Sitia as a destination can introduce its visitors to the era of Vitsentzos Kornaros and the Cretan Renaissance, and more particularly to the places where the poet was born, grew up, and was inspired to write Erotokritos.

Vitsentzos Kornaros was born in 1553 in Trapezounda, a village of numerous residents in its time but totally ruined today, with views over the town of Sitia, the infinite blue and the mountains of Sitia. Later on, the family moved to Piskokefalo, a village close by, where they settled in the manor house of the Kornaros family, close to the Kornaros water mill and the church of Agios Georgios (Saint George), which is still decorated with their coat of arms.

In the town of Sitia one can still see sections of the Venetian administration centre fortification; the upper part at the fortress Kazarma, and the lower part on the seafront. The poet’s parents were buried at the Santa Caterina monastery which was located close to the walls, on the ruins of which the more modern church and patron Saint of Sitia, Agia Aikaterini (Saint Catherine), was built (1890).

The most important monuments of the Renaissance period that can be visited in the wider area of Sitia are the Monastery of Panagia Akrotiriani at Toplou (Virgin of the Cape) with its elaborate architecture and remarkable portable icons and holy relics, the Venetian villa at Etia, with its decorative stone carvings, and the Tower at Voila.