Stegi Vitsentzos Kornaros, founded in 2020, is a cultural centre based in Sitia, homeland to the poet of Erotokritos. The idea stemmed from the need for further study and distinction of the value and the enduring importance of Erotokritos, and the Cretan Renaissance in general. Inspiration came as a result of the timeless radiance of Erotokritos, and led to the envisioning of multiple cultural and educational activities and events. Our ambition is to create a meeting point that promotes collaboration, creativity, education and entertainment.

Stegi Vitsentzos Kornaros is a civic non-profit company. Instigator and sponsor of this project is the Sitian businessman Yiorgos Galanakis and his wife Aliki, who are also the sole partners of the company. A Management Committee is appointed to direct operations, on a yearly basis.

All that wish to offer help to Stegi Vitsentzos Kornaros are welcome, whether they live in Sitia or not, by becoming “Friends of Stegi”. In the Articles of Association of the company there is special provision for honorary members, in order to honour people that are well-known for their knowledge and work on the subject and would like to contribute. Stegi expects to have a close cooperation with the Ministry of Culture, the Ministry of Education, the Region of Crete, the Municipality of Sitia, Greek and foreign Universities, the Ephorate of Antiquities of Lassithi. Our wish is to continue previous similar efforts, such as organizing events, conventions and issuing publications. 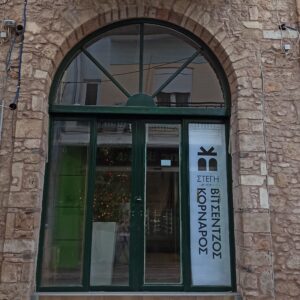 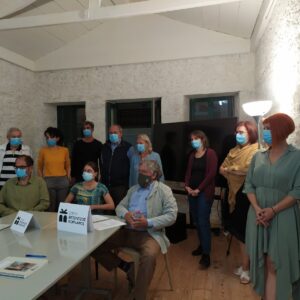 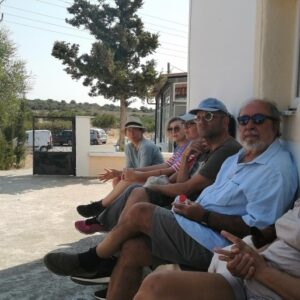 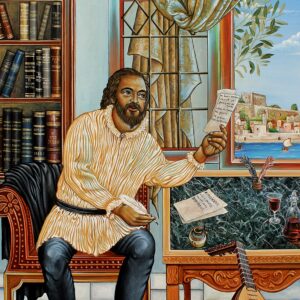 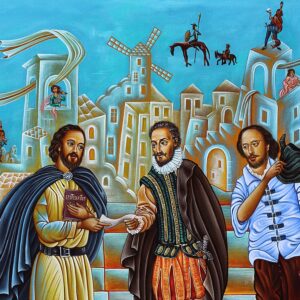 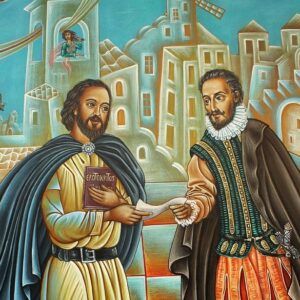 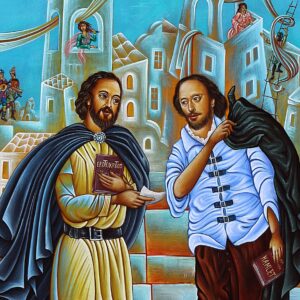 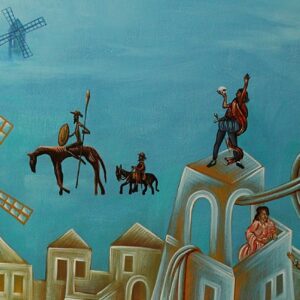 Shakespeare, Cervantes, Galileo, El Greco and Kornaros are known to almost everyone. But how common is the knowledge that they, and more like them, were contemporaries and they all belong to the same invigorating current that influenced literature, the sciences and art which was called the Renaissance? And how many know that El Greco and Kornaros are both sons of the Cretan Renaissance, which brought its own special brush stroke to that period of cultural acme in Europe?

David Holton, one of the most distinguished scholars who study the particular period, mentioned during a convention in Sitia in 2009 that the Cretan Renaissance was “an admirable marriage of the local and the Italian culture” which “has not so far been given the international credit it deserves”. Roderick Beaton characterizes Kornaros as “a pioneer predecessor of the modern novel” and earlier, in 1946, Giorgos Seferis praised Kornaros and the language in Erotokritos as “the most perfectly organized language that the medieval and modern Hellenism has heard”.

But how was Kornaros’ life in 1553-1613/14? How was life in Sitia and in Crete during that period? What books did the poet read and what influences did he have? How did he manage to create such a remarkable work, which was recognized by scholars and, most importantly, was adopted by the people for centuries as a formative part of life?

It is in Stegi Vitsentzos Kornaros’ field of interest to be engaged in these questions, as it is intended to become a creative, cultural and recreational centre, aspiring to lift Sitia to a higher position on today’s cultural map of Europe.

Stegi also wishes that the following generations to be able to enjoy the qualities of Erotokritos and to embrace its ideas.

To be able to think freely, exempt from any prejudice:
And if the ghosts of our dreams had such power,
what is free will in men and knowledge worth?

To be able to speak properly:
He who knows how to speak with knowledge and manners,
makes peoples’ eyes laugh and cry.

To be able to struggle properly:
For he who pursues his passion without conspiracy,
Will at first suffer but will have a good outcome.

The home of Stegi Vitsentzos Kornaros in Sitia is a 19th century two-storey, stone-built, double-cornered listed building, which, quite by an emblematic coincidence, is bordered by the streets Vitsentzou Kornarou, Kazantzaki and Foundalidou. Nowadays, the ground floor is used as a museum and exhibition area, and the storey above houses a meeting, lecture and event area, as well as the library and the secretariat of Stegi Vitsentzos Kornaros.

According to the owners of the building, it was built in the 1870s, a period during which the new part of the town of Sitia was planned by Huseyin Avni Pasha (1819-1876). Typical of the city planning, which can still be seen today in the remains of the old part of the town, were the oblong plots that, as a rule, had a functional width of approximately 4 metres. This particular size corresponded to the length of the available wooden beams used for the floor construction, brought to the port of Sitia en masse, by large wooden sailing boats.

Construction was undertaken by stone-masons from the island of Symi, who also constructed an adjacent building of similar architecture, at the same period of time. The building has three entrances, one on each street (V. Kornarou, Kazantzaki, Foundalidou), the main one being arched with hewn stones. It has a gable tiled roof, and the two storeys are connected with a wooden stairway.

Some of the previous uses of the building over the years are known today. It used to be the pharmacy and home of Iosif Sakkadakis (1905-8/5/1944), a hero of the Resistance. Once the German Occupation was over, it re-opened as a pharmacy by Andreas Anipsitakis, on the ground floor, while the storey above housed his wife Sophia’s dental practice. In more recent years, the ground floor was used as a grocer’s shop by Andonis Kritharakis, while later on it housed Camara, a café which was opened by Manolis and Katerina Verygaki in 1982, and was taken on by Vassilis Darivakis (from 1985 to 2002). The upper floor was used as a home by the proprietors, the Pandelidis family, and later on it housed Tonia Karandeinou’s restaurant, the Balcony. 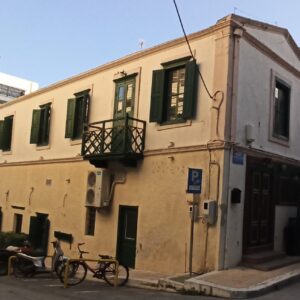 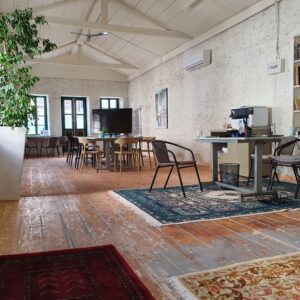 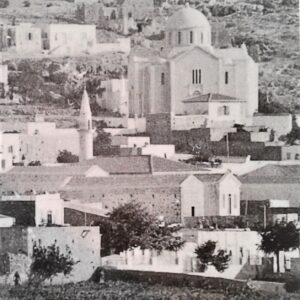 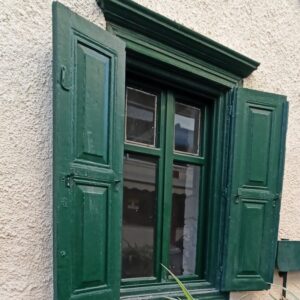 If you are interested in becoming a Friend of Stegi Vitsentzos Kornaros, wishing to be one of the first to hear about all the news on our activities and events, to receive information on recommended cultural events and happenings in Sitia, to contribute your ideas and to actively participate in our vision, please subscribe here!